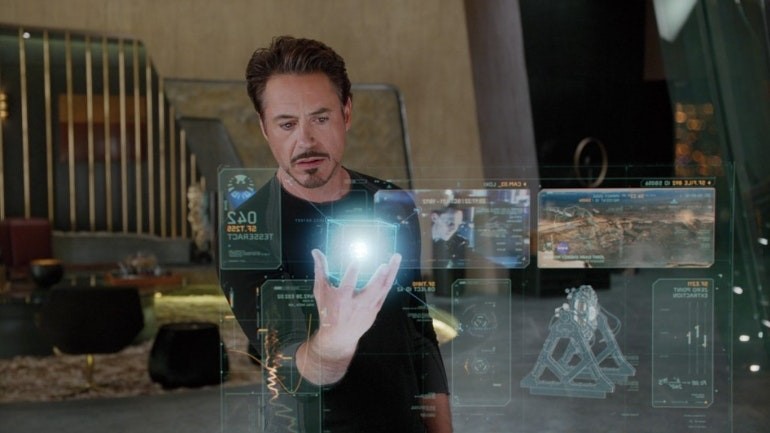 The mobile phones of the future are expected to be more closely embedded in our day-to-day lives than ever before.

One thing’s for certain: the technology involved in mobile phones and mobile networks has developed so rapidly over the last few years, it's going to be an exciting ride.

Future phones: what's in store for us?

Concept phones are a great way of getting a glimpse at how phones of the future may develop.

Here is a list of some of the things we might be able to expect from the phones of the future:

From Star Wars to Ironman, holograms have long been a regular feature in sci-fi and futuristic fantasy films. But how close are we to being able to having touch-free technology on smartphones?

As far back as March 2014, rumours were flying around about the then-unreleased iPhone 6 containing holographic functions that allowed you to beam virtual displays to interact with.

Unsurprisingly, this technology didn’t make it onto the iPhone 6 or the even the iPhone 7, and there are no rumours that next year’s iPhone 8 will include any holographic functionality.

Holographic phones could one day be a reality though. Especially if the Holoflex prototype showcased by researchers from Queen’s University in Canada is anything to go by.

As the name suggests, the HoloFlex is both holographic and flexible, allowing users to bend the handset to view the 3D display from different angles and interact with the images on screen.

Touted as the world’s first holographic, flexible smartphone, the HoloFlex is still in development and won’t be available any time soon.

For a long time now, phone companies have talked of creating a smartphone that is so robust that it can actually be folded in two by the user.

One such vision was Nokia's The Morph phone, which was showcased back in 2008 and promised to "transform the user's experience".

Designed by Tapani Tyhanen, who was director and head of Nokia's Research Center Laboratory in Cambridge, The Morph could be folded, bent and reshaped to suit the user’s needs.

You could snap The Morph apart, and slot in additional modules to change the way you use the phone.

The Morph phone could be wrapped around your wrist, transformed into a GPS-enabled belt clip for hiking and extreme sports, or used as a flat screen for watching videos.

Similarly, Samsung has been showing off flexible concept phones at trade shows for years now, but so far, the closest it has come to bringing the technology to market was the Galaxy Round smartphone.

Some experts believe that in the not too distant future, mobiles will change the way we learn and teach.

With more than one-in-three school children owning a mobile phone, a future where camera and voice recorder phones are both learning and teaching tools is highly possible.

We have already seen some education authorities using texts to alert parents to the truancy and even to notify pupils of classroom changes.

Harnessing the multi-functional nature of mobile phones as both learning and teaching aids could be increasingly commonplace, especially as high quality camera phones become more widely and cheaply available.

It's been suggested that in the future mobile phones will be used to take photos and make notes on field trips, in order to create a more active and informal approach to learning.

Companies are always looking to make their products more environmentally friendly, and phone makers are no exception, with researchers looking into biodegradable materials and cleaner energy charging.

At the Mobile World Congress trade show in 2016, Kyocera showcased a solar-powered prototype. But by their own admission, the technology won’t replace the need for a wall charger anytime soon.

This phone was primarily designed for users who work outdoors, as well as anyone who’s likely to be away from a power source for an extended period of time, such as campers or skiers.

Still, the company claims that three minutes of sunshine will give you enough charge for a one-minute phone call, which could provide users with an emergency charging option if their mobile dies far from home.

The idea behind the design is that you spin it round on your finger to charge it up. The obvious benefit of this, besides helping the environment, is that you could charge this phone pretty much anywhere.

However, it’s unclear how much finger-spinning it would need to boost the battery significantly, and we can foresee many broken phones (and possibly broken noses) as the result of overzealous spinning causing phones to take flight.

We suspect this idea may need some more clarification before we’re sold on it.